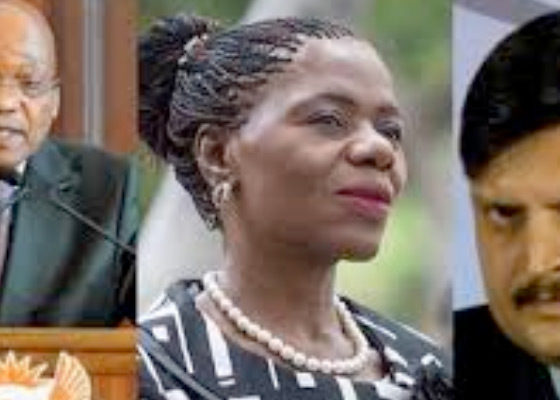 State Capture – How does it work?

We encounter poverty every day. When we are approached by the mostly young, mostly black beggars that roam on seemingly every street we take, I am struck by a range of emotions: anxiety, fear, annoyance. Mixed in those feelings used to be pity and empathy, but they are becoming increasingly difficult to evoke. Instead of addressing the disheartening levels of poverty and inequality in Cape Town, it’s almost like I’m on autopilot, growing irritated at those who get in my way when I’m trying to get from one place to another. My passiveness unsettles me.

The recent popular revelations of state capture in South Africa have shocked many South Africans out of a state of budding post-racialist thought, waking them from this sleep of complacency and passiveness. “State capture,” or the way in which President Zuma and senior government officials have colluded with a shadow network of corrupt brokers and the rich elite such as the Gupta family, aims to repurpose state institutions so that they serve the purpose of benefiting the rich elite at the cost of the already-poor.

A major way that the power elite seeks to achieve state capture is through the misallocation of beneficial rents, which were implemented by the government to support those who have faced disadvantages of the past and of the apartheid. This symbiotic relationship between the corrupt constitutional state and the shady brokers of the shadow state blatantly rejects the idea that the historically oppressed need or deserve additional resources. They strip these groups of the promise of equality and their fighting chance at improving their standards of living.

Experts have reported that if the perpetrators of state capture are not brought to justice, the symbiotic relationship between the constitutional state and the shadow state will maintain itself and economic disparities in South Africa will only widen. State capture is a dire situation and people are reminded of the gross injustices sustained by vulnerable groups by a powerful elite during apartheid. This anger has mobilized people across the country, jolted into activism and social awareness. I hope that my own anger and awareness can help to undo my passiveness toward everyday poverty and inequality.

Source: Betrayal of the Promise: How South Africa is being stolen http://pari.org.za/betrayal-promise-report/

By Victoria Wang, who is a Junior at Duke University interning at the Women’s Legal Centre. She is studying Public Policy and Global Health, and is from Illinois.