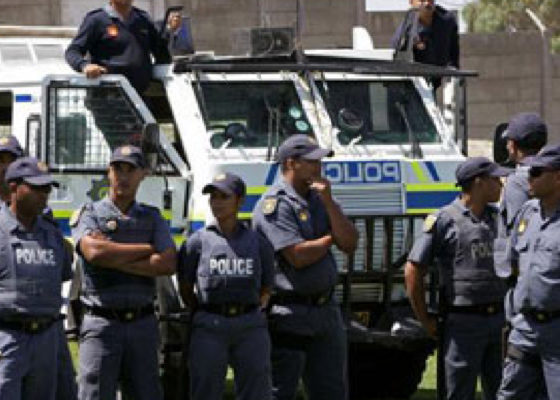 #PoliceResources and how the case affects women

Khayelitsha has one of the highest rates of violence against women in the world. Assault, rape, and murder is a reality for many women. Women’s rights to safety, security, life, and health are violated daily.

The reason behind these problems is a lack of resources. The allocation of police human resources, especially in areas such as Khayelitsha, unfairly discriminates against black women living in informal settlements. This is because the system employed by the South African Police Service (SAPS) to determine how police officers are placed in areas is deeply flawed.

Police aren’t being stationed at places where crime happens—instead, a much higher proportion of officers are stationed in mostly white, high-income areas. Informal settlements like Khayelitsha have more violent crimes but far fewer police resources.

The Women’s Legal Centre is providing a gendered perspective on how the lack of access to police resources is unfairly affecting women. The case is brought forth by the Social Justice Coalition, an organisation dedicated to advancing the constitutional rights to life, dignity, equality, freedom, and safety in the lives of people living in informal settlements across South Africa. The second applicant in the case is Equal Education, a community organisation that advocates for quality and equality in the South African education system. The papers for the case were filed on 31 March 2016, beginning a 16 month process before the case is heard in the Equality Court on 17, 21, and 22 of August 2017.

To ensure that women are safe from gender-based violence, more police resources must be allocated to areas in which the most crime happens. Khayelitsha has been the site of many crimes against women in the past year alone: In 2016, two women were brutally murdered and their bodies were left in public toilets. Incidents such as these have contributed to a climate of fear among women in Khayelitsha, and demonstrate the grave issues with the current policing system.

However, this is not only an issue affecting Khayelitsha—it is a national problem as well. Inadequate police resourcing extends to provinces across South Africa. In Nyanga, for example, there is only one police station. In early July of this year, there were 25 murders there in a single week. Eight of the murders took place on a single night, many in the same spot.

This pattern cannot continue. Too many lives—women’s lives, in particular—are affected by the lack of police stationed in informal settlements. Communities are organising around the issue: protests at local police stations are being held as the case nears its hearing date. At a community meeting to discuss the case in Khayelitsha, chants broke around the room. “Amandla”, meaning “Power” in Xhosa, was shouted, then answered by a chorus of “Awethu”, meaning “It’s ours”. The hundreds of community members present erupted in cheers–rejoicing with the hope that the current police system will not continue as it has. Because to uphold the rights guaranteed in the Constitution, it can’t continue. The power is in hands of the people.

Janie Booth is a Junior at Duke University and an intern at the Women’s Legal Centre. She is studying Art History and is from Charlotte, North Carolina.