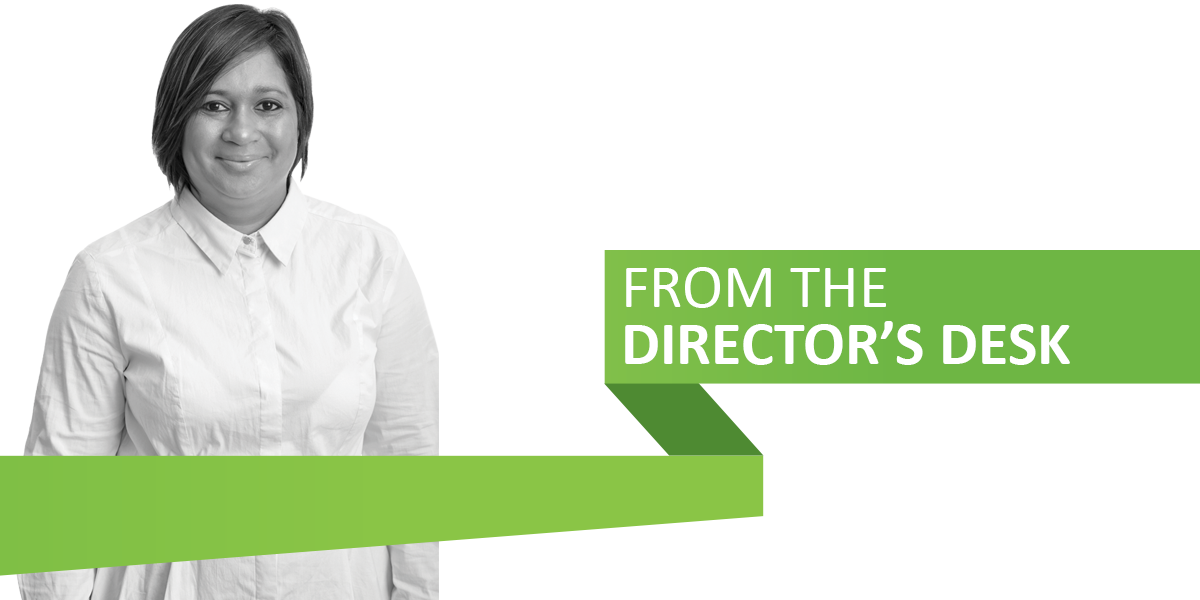 Since the WLC was founded many things have changed, and far too many things have stayed the same for women in South Africa. In 2017, the WLC undertook a strategic review process to evaluate our focus and our work. As a result of this process we have identified new focus areas for each of our five programmes – Violence against Women, Women’s Rights to Housing, Land, and Property in Relationships, Sexual and Reproductive Health and Rights, The Right to Work, and to Just and Favourable Conditions of Work, and Land and Tenure Rights. We have positioned ourselves as an unapologetically African feminist law centre.

Our core focus is on litigation that changes and impacts the law in favour of advancing women’s rights. Going forward we have undertaken to focus our advocacy initiatives on legislative advocacy, social justice advocacy, and media advocacy. We remain committed to strategic litigation that focuses on law reform, is precedent setting, and creates change at a systemic level. We will continue to pursue the most appropriate strategy in each case, these include: amicus curiae, direct legal representation, class action, and taking up high profile cases that have a significant impact on the legislative framework.

We are pursuing multiple approaches at various forums (including national courts, regional, and international forums). Our priorities and programme areas will continue to drive the cases we take up in future.

By doing this work, we aim to achieve the impact of ensuring that vulnerable and marginalised women, particularly black women, lead lives free of violence; enjoy substantive equality and agency at home, work, and in the community at large; and have access to justice and equitable resources. Part of doing this work is demanding that public and private institutions in South Africa support and promote these rights, either through litigation, or advocacy, or a combination of both.

Building on solid foundations, through the work of skilled and committed staff, and with the support of our board of trustees and funders, we believe we can fundamentally improve the lives of women in South Africa.

Challenging Prescription Periods to Ensure Access to Justice for Women – Levenstein and Others v Frankel and Others (Constitutional Court): 14 November 2017 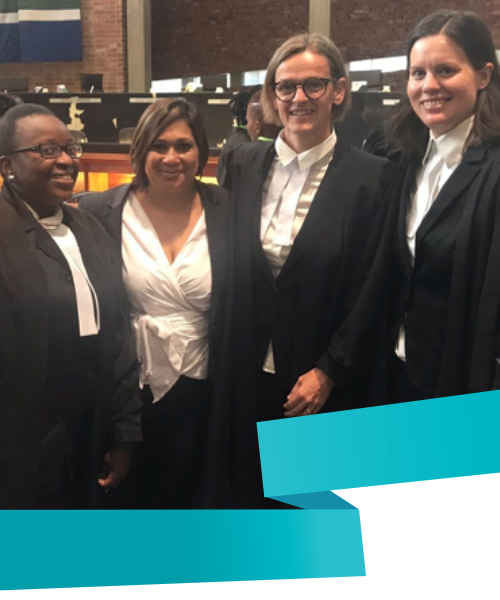 The WLC appeared as respondents in the Constitutional Court on 14 November 2017 in the matter of Levenstein and Others v Frankel and Others. The applicants applied for an order from the Constitutional Court confirming the South Gauteng High Court’s ruling which declared section 18 of the Criminal Procedure Act unconstitutional. If successful, victims of all sexual offences, regardless of when the offence was perpetrated, can seek the criminal prosecution of their abusers.

According to section 18 of the Criminal Procedure Act (CPA), all sexual offences, other than rape, compelled rape, certain Trafficking in Persons Act offences, and using a child or mentally disabled person for pornographic purposes, prescribe after 20 years. This means that the National Prosecuting Authority is barred from instituting a prosecution against an abuser 20 years after the offence has been committed. The section effectively distinguishes between penetrative offences which do not prescribe, and non-penetrative offences which prescribe after 20 years.

In this matter between Nicole Levenstein (and 7 others) and Sidney Frankel, the Minister of Justice and Constitutional Development, and the South Gauteng Director of Public Prosecutions, the applicants alleged that Mr. Frankel had committed a range of sexual offences, excluding rape, against them between 1976 and 1991. At the time of these incidents all of the applicants were children. More than 20 years later the applicants reported the abuse, but the NPA was barred from prosecuting Mr Frankel in terms of section 18.

The applicants, supported by the Women’s Legal Centre, The Teddy Bear Clinic (TBC), and Lawyers for Human Rights (LHR), argued first in the High Court, and then in the Constitutional Court, that this section of the CPA is irrational and in conflict with the constitutional rights to dignity, equality, freedom from violence, and access to courts.

The Women’s Legal Centre argued that the level of trauma experienced by victims of sexual abuse must not be determined by whether the offence involved sexual penetration, but rather depends on a multitude of factors. WLC maintained that perception of the seriousness of sexual crimes is subjective, and determining one sexual crime to be more ‘serious’ than another is dependent upon preconceived patriarchal notions about sexual offences, which are flawed.

Through our involvement, the WLC demonstrated our commitment to ensuring that women can access the criminal justice system irrespective of when an offence of sexual violence has been perpetrated against them.

Unequal Access to Justice for Women – SJC and Others v Minister of Police and Others (Western Cape High Court): 28-30 November 2017

After originally being scheduled for August of this year, the matter between the Social Justice Coalition (SJC), Equal Education, Nyanga Community Policing Forum (NCPF) and the Minister of Police (the Minister) and Others was heard this month from 28-30 November.

The Women’s Legal Centre (WLC) was before the Court as amicus curiae (friend of the court). The applicants alleged that the method used in the allocation of police resources to communities results in unfair discrimination on the basis of race and poverty. The allocation process leaves primarily poor, black communities with fewer resources per capita than more affluent areas which have smaller populations and lower rates of violent crime.

WLC argued that more than half of the population in these under resourced areas are made up of women and children who therefore bear the brunt of this discrimination. While the system that SAPS uses to determine its allocation of resources is undoubtedly complex, a reality in which the areas that have the highest levels of violent crime also have less police resources is unacceptable.

The current system fails to uphold the state’s responsibility to adequately address violence against women and to provide the resources necessary for this purpose. WLC argued that such inequality in service has a disproportionate impact on the lives of poor black women who bear the brunt of domestic and sexual violence in their homes and communities. These women are unlikely to have their cases investigated, unlikely to have the perpetrator arrested, and in turn unlikely to have the investigation lead to a prosecution. This means that victims are unable to obtain justice through SAPS, which subsequently fails in its obligation to ensure women’s constitutional rights to safety and security, dignity and equality.

Upholding Women’s Rights Under Custom – Ramuhovhi and Others v The President of the Republic of South Africa and Others (Constitutional Court): 30 November 2017

On 30 November 2017 the Constitutional Court handed down judgment in the matter of Ramuhovhi and 2 Others and The President of the Republic of South Africa and 6 Others. The Women’s Legal Centre was admitted as amicus curiae in the matter which sought to confirm the order made by the Limpopo Local Division, Thohoyandou (High Court).

The matter before the Court was the discrimination present in the Recognition of Customary Marriages Act 120 of 1998 (‘RCMA’), which in section 7(1) differentiates how the Act protects the rights of women married in terms of customary law. The Thohoyandou High Court declared section 7(1) unconstitutional.

The RCMA and section 7(1) discriminated against women married in polygamous marriages prior to the Act coming into effect in that these women were excluded from the protection provisions of the RCMA. Their marriages and their rights to the housing, land and property were therefore not protected in the same way that women whose marriages are recognised under the RCMA do. It was argued that this differentiation between polygamous marriages before and after the enactment of the law was simply discriminatory and there was no justifiable reason for the discrimination.

The Court accepted the arguments advanced by the Women’s Legal Centre that women have a particular vulnerability and that they have systematically and over a long period of time been victims of patriarchy and oppression; their rights not being recognised and their interests not being protected. The WLC called for the widest possible protection that the Court could afford women to advance their access to justice.

Should parliament fail to address the defect, the interim remedy will continue to apply. 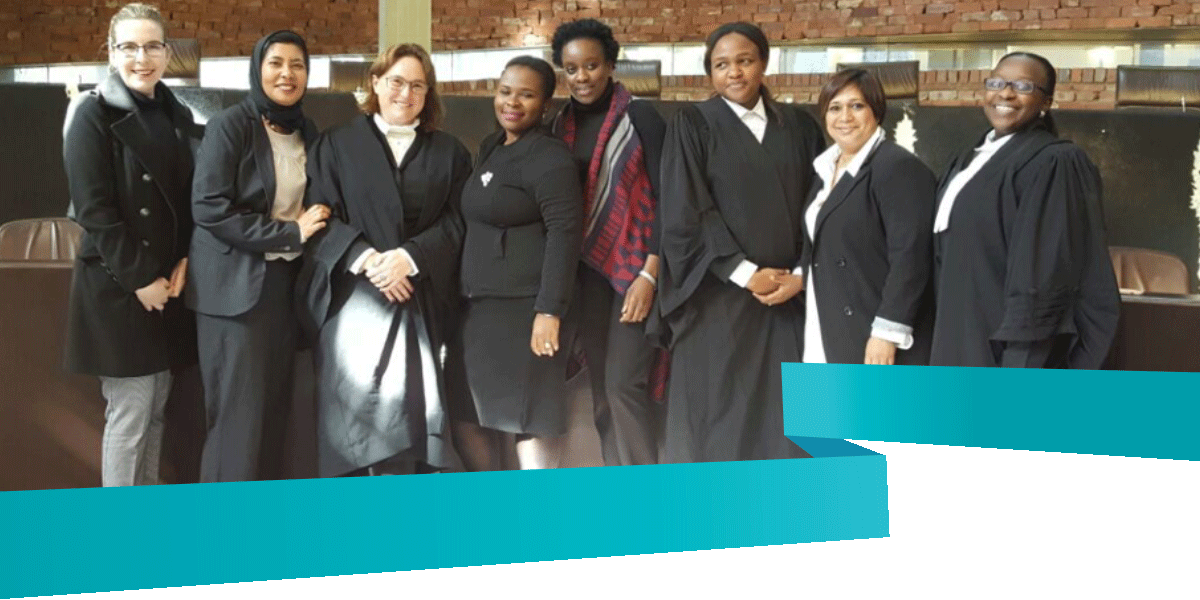 The Initiative for Strategic Litigation in Africa is a feminist Pan African organisation that uses the rule of law and African domestic and regional courts to advance women’s human rights and sexual rights. ISLA has established a Women’s Rights Network (which includes the Women’s Legal Centre), which is made up of partnered organisations that have an interest in using strategic litigation as an instrument to effect social change on women’s rights issues. ISLA has designed capacity strengthening activities, such as their litigation institutes, which aim to build the capacity of lawyers for the purposes of effectively using strategic litigation. ISLA’s second litigation institute took place from November 5-17 and focused on trial advocacy, practise management, international law, the African Human Rights system, the international law framework for protecting women from violence, the regional Human Rights frameworks for protecting women from violence on the continent, the development of the State’s due diligence obligation to protect women from violence, and the international human rights frameworks for protecting women from trafficking. Our candidate attorney Harsha Gihwala and Jhb attorney Natalie Buthelezi attended the Institute. 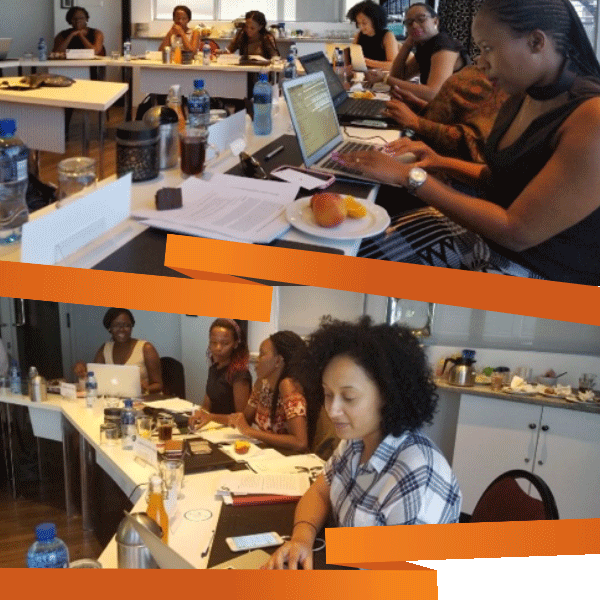 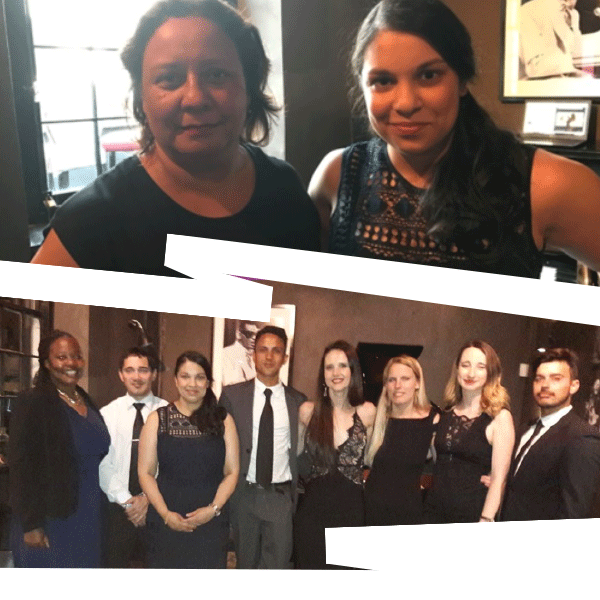 On Thursday 30 November 2017, our colleagues Ruth Davis and Harsha Gihwala were invited to attend the Cape Town Candidate Attorneys Association’s Black Tie Cocktail Evening at the Piano Bar in Cape Town. WLC is grateful to have been chosen as the CTCAA’s beneficiary for the year 2017, and were honoured to have been invited to be the guest speaker for their event, which hosted candidate attorneys from around Cape Town, as well as a small number of law students and attorneys.

We wish to express our appreciation to the Cape Town Candidate Attorneys Association for the interest that they have shown in, and the support that they have provided for, the work of the WLC.

WLC joined Equal Education and UniteBehind in their march which took place on 27 October 2017 to demand #SafeSchools, #SafeCommunities & #PoliceResources! 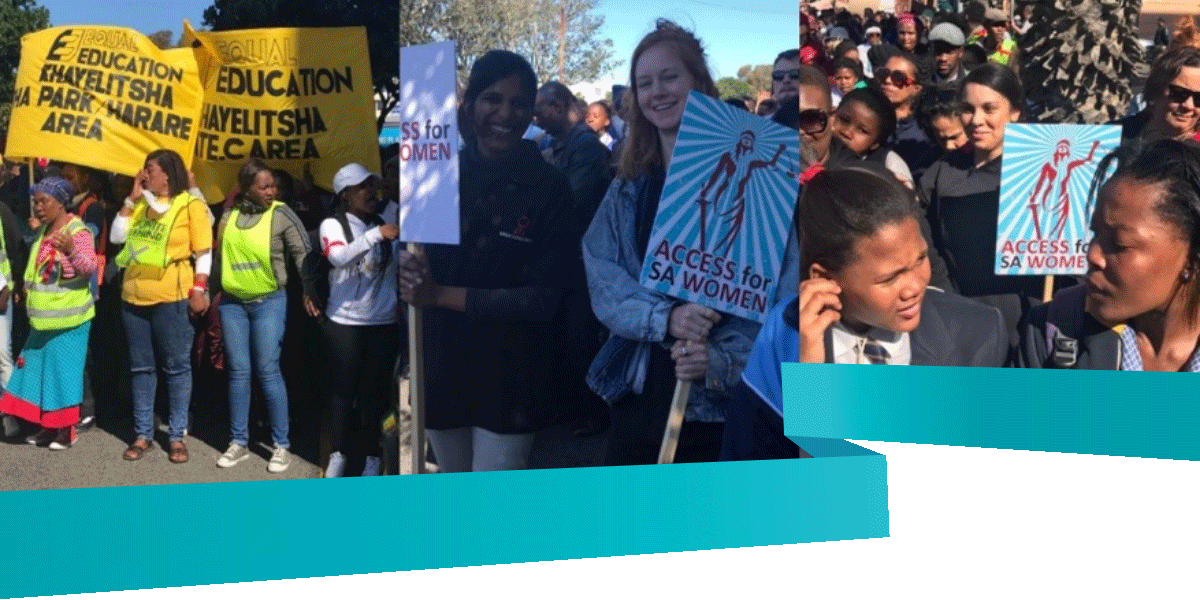 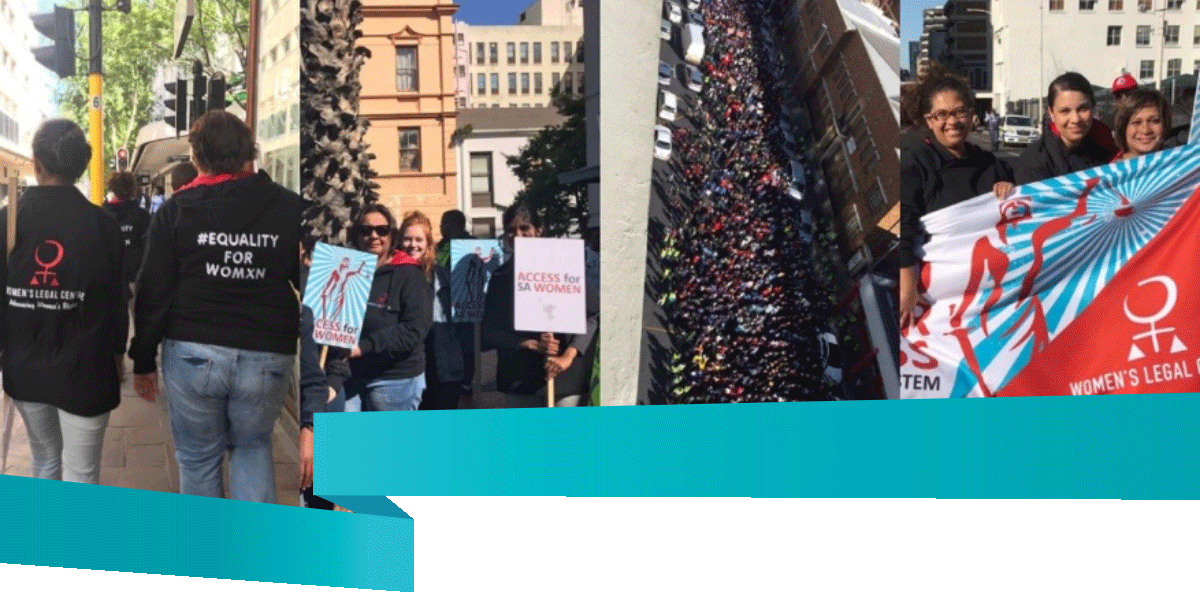 At WLC we are extremely proud to be part of this initiative—Beating Hearts is a collective of artists and enthusiasts who believe in the power of music to create a world without borders. Born in the heart of Sub-Saharan Africa in 2016, the project sprung from a vision to bring the world's largest archive of African field recordings into the present day. Take a look at this video in which we feature https://vimeo.com/233540678/b51d6302bd

Beating Heart South Africa released four volumes of music; the proceeds from the sales of these four volumes will go to the WLC. Please see the link below to purchase any of the four volumes.

Thank You to our Donors and Supporters

This month we wish to extend our sincere gratitude to The Raith Foundation, The Sigrid Rausing Trust, The Pension Lawyers Association, and to an anonymous donor for their commitment and support of the work of the Centre.

We will all be taking a well-deserved break over the festive season and therefore our offices will be closed during this period. 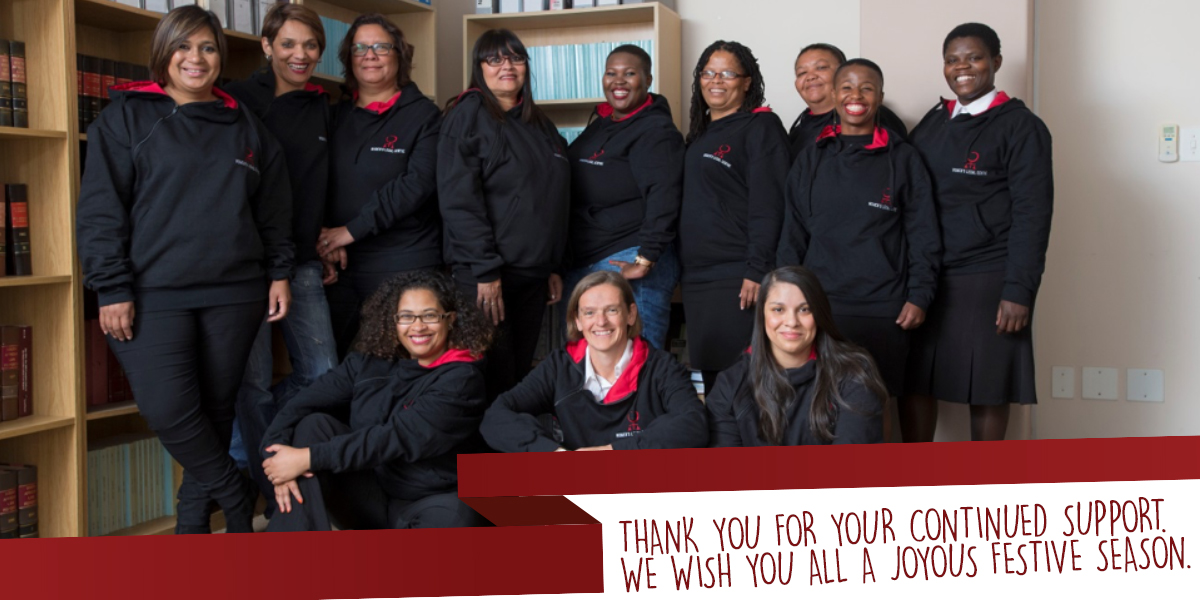