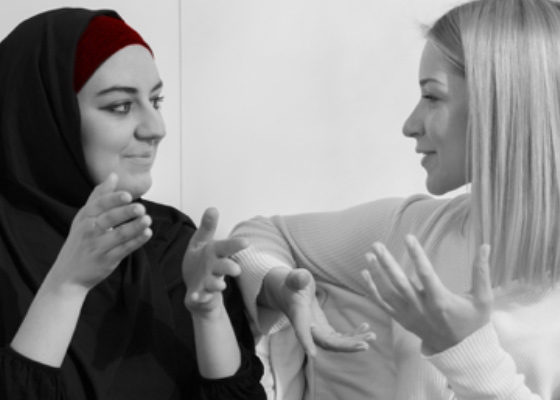 Harnaker Matter: The Irony Of The Law In Regards To Muslim Marriages

On the 14 August 2017,  Judge Le Grange of the Western Cape High Court heard an application which stemmed from an adverse administrative decision taken the Deeds Office in the exercise of its discretion conferred on it by the Deeds Registries Act 47 of 1937.

The brief facts of the matter are that the deceased left a Sharia Will which allocated different shares of his Estate to his children and spouses to whom he was married in terms of Islamic and Civil law.

Both marriages had been conducted according to Muslim rites, however the first marriage had also been registered in a civil ceremony. The second marriage was not able to be registered civilly, because the Marriage Act does not recognise polygynous marriages. However, according to both wives’ legal representative, the husband treated both wives as equals. When the husband died the family assumed that the estate would be administered and divided equally amongst the surviving spouses. Yet, when the house was in the process of being transferred into the joint names of two spouses the  Deeds  office objected.

Attorneys brought the application on behalf of the Estate, the wives of the deceased and their children  declaring that section 2C(1) of the Wills Act 7 of 1953 (‘the Wills Act’) is inconsistent with the Constitution and invalid to the extent that ‘surviving spouse’ in terms of 2C(1) does not include a husband or wife in a marriage that was solemnised under the tenets of Islam (Shari’ah).  The WLC joined as amicus in the matter and submitted that Muslim marriages should not be any different to that of civil marriages and African customary marriages. The reality for Muslim women married in terms of Muslim rites is that they do not have the protection that comes from a civil marriage, a marriage registered in terms of the Marriages Act, or a marriage recognised in terms of the Recognition of Customary Marriages Act.

The Constitution recognises every South African’s right to practice their religion, and Islam permits polygnous marriages under Sharia law. However, because the Wills Act does not recognise polygamous marriages, surviving spouses can still struggle to access their rights. Judgment in this matter has been reserved.

According to the Seehaam Samaai, Director of the Women’s Legal Centre; “A legislative framework is so important to protect spouses  in particular women married under Muslim  rites as there are no regulations pertaining to religious laws except for African customary laws/rites. Muslim marriages need to be legally recognized within a democracy that has constitutional supremacy and is bound by international and regional standards.”

She highlighted that the Constitutional Court in the ground-breaking Hassam case, ruled that all wives’ rights should be recognised and should be treated equally for purposes of inheritance when the husband dies without a will.

The irony of the Harnaker matter lies in the fact that the law is the only obstacle to fulfilling the deceased and the heirs’ wishes. The Act does not recognise polygamous religious marriages, due to its narrow focus. We live in a multi-cultural society where all marriages should be protected and recognised.

Sadly, the courts have become the only source of recourse for Muslim women seeking to enforce their rights. Therefore, WLC has launched an application in the Western Cape High Court in the public interest seeking relief aimed at providing women in Muslim marriages, and the children born of such marriages, with legal protections, primarily upon the dissolution of such marriages.

The relief is sought due to the continued failure on the part of government to fulfil the obligations imposed on it by the Constitution to recognize Muslim marriages as valid marriages for all purposes in South Africa, and to regulate the consequences of such recognition.  The matter will be heard in the Western Cape High Court on 28 August – 8 September by the Honourable Judges Desai, Salie-Hlophe, and Boqwana.

Note:  Recognition of Muslim Marriages to be heard on Monday 28 August at Cape High Court

On Monday 28 August 2017, the Western Cape High Court is due to hear arguments from the state, the Women’s Legal Centre (WLC) and interested parties on whether the failure to recognise Muslim marriages discriminates against women.

The WLC are taking the South African Government to court for failing to pass legislation that will give recognition to Muslim marriages.

The matter will be heard by Judges S Desai, G Salie-Hlophe and NP Boqwana.  And will run from Monday 28 to Friday 08 September.

For more information or to arrange an interview, please contact Angie Richardson on 083 397 2512 or angie@thepressoffice.net